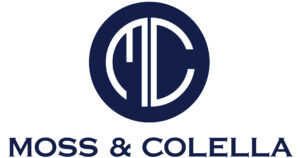 Ben Jones was tragically killed by Bass when she slammed into the rear end of his vehicle, resulting in his untimely and tragic death on August 19, 2020. Bass was driving more than three times over the legal alcohol limit. Moss, the family’s civil attorney, who filed the multi-million-dollar civil case against Bass in September 2021, was pleased to hear Bass plead guilty to two separate felonies: Operating a Vehicle While Under the Influence (OWI) causing death and reckless driving causing death.

“Ben Jones was a beloved son, brother, coach and friend. Though the guilty plea will not bring Ben back, this is a significant step in the justice process – and the sentencing and plea agreement are at the top of the criminal guidelines,” Moss said.

At the time of his death, Jones was the new varsity football head coach at Cranbrook in Bloomfield Hills and a financial planner and portfolio manager with Schwartz & Company Investment Advisors, also located in Bloomfield Hills; he had worked with the firm since 2014.

Since Jones’ passing, his family and friends have established the Get To Foundation in his honor. The Get To Foundation continues Jones’ legacy of inspiring others to consider obligations and obstacles as opportunities. By providing resources to communities, teams and individuals, the foundation encourages others to shift their perspective from “Have To” to “Get To.”

About Moss & Colella
Celebrating 25 years in 2022, Moss & Colella represents the victims of personal injury, civil rights violations, discrimination, medical malpractice and wrongful death.  The firm is recognized as a leader in complex tort litigation, including excess and deadly force, jail death, sexual abuse and harassment, auto and truck accidents, motorcycle accidents and other severe injury and wrongful death claims. To learn more about the firm and its diverse areas of practice, visit www.mosscolella.com.

#FishBits - #Copyright registration is optional and takes a bit of work to file the application, but it provides several key benefits. Fishman Stewart’s Kristyn Webb explains the benefits of registering copyrights. https://bit.ly/3VH3BTQ

Thanks to you, we have made it into the second round of The Detroit News’ Holiday Cheer for Charity!

Please consider voting with your dollars and sharing this with your network.