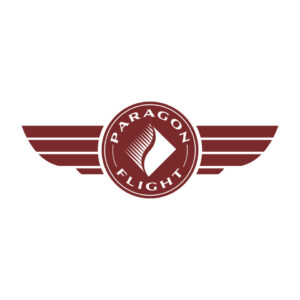 “We are thrilled to take possession of our own Piper Seminole; it’s an exceptional twin engine aircraft for commercial pilot flight training,” Paragon Flight Training President Chris Schoensee said. “Purchasing this plane after years of leasing earlier versions is a pivotal moment for Paragon Flight as we bolster our capacity for commercial pilot training in a year that has seen explosive growth.”

For decades, the Florida-made Piper Seminole has set the benchmark and firmly established itself as the ultimate multi-engine training aircraft in the world. Its reliability, simplistic design, and predictable flying characteristics make for easy transitioning from single to multi-engine.

“Piper Aircraft is happy to have Paragon Flight as a member of the Piper Flight School Alliance. We are honored to serve as a fleet partner for Paragon Flight, a school with an outstanding training curriculum and a state-of-the-art, new-production fleet, providing increased value to their students,” Ron Gunnarson, vice president of sales & marketing at Piper, said.

To complement training on the Seminole, Paragon Flight has also purchased a Frasca flight training device, which will be delivered in early summer 2023.

“We chose Frasca as our partner for the Seminole device because when it comes to ultra-realistic, high-fidelity training devices, they are second to none – and this device is the absolute best in the world at what it does,” Schoensee said. “It features an exact button for button-for-button replica of the Seminole’s cockpit and characteristics, making it a deeply immersive and positive training experience. Students quickly acquire knowledge, skills and proficiency in the device, making the transition into multi-engine aircraft for the first time as fast and affordable as possible.”

Rounding out Paragon Flight’s year of investment in superior training aircraft and technology, the company remains on target to pick up the final four of the 10 previously announced new Piper P100i aircraft in December.

About Paragon Flight Training
Paragon Flight is an award-winning flight academy headquartered at Page Field in Fort Myers, Florida. With FAA and SEVIS accreditations, a fleet of 25 aircraft, and advanced simulator technology onsite, the company trains commercial, professional, and recreational pilots as well as offering military pilot training for domestic and foreign governments. The company completed a 28,000-combined-square-foot expansion in November 2022. Learn more at ParagonFlight.com.

Congratulations from @MedNetOne and @CoachTransform to @JudsonCenter Chief Strategy Officer Khadijah Walker-Fobbs and all of the @MIChronicle 2023 Women of Excellence Honorees. What a fabulous group!