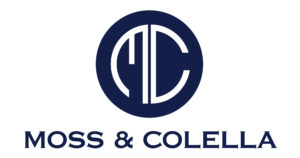 Southfield, Mich. —April 19, 2022— A. Vince Colella, co-founder of personal injury and civil rights law firm Moss & Colella, is pleased to announce the awarding of a $2.75 million verdict in a three-day jury trial in Macomb County, Michigan, that ended on April 14 and considered the frightening and life-threatening consequences of an oral surgeon’s malpractice in his failure to properly diagnose a vascular lesion and endeavor to remove it in a negligent fashion.

“In a trial that was postponed numerous times due to the pandemic, the stakes were high for my client, who endured serious trauma at the hands of an oral surgeon who failed to follow established standard of care guidelines,” Colella said. “It was great to be back in the courtroom, effectively detailing to the jury how such medical malpractice could not go unacknowledged.”

Background
The 32-year-old plaintiff was referred to the defendant oral surgeon for examination and removal of his lower left wisdom tooth. During his first visit, a panoramic x-ray of the plaintiff’s mouth was taken. The defendant reviewed the film study and discovered a “radiolucency” (dark spot) near the effected tooth in the lower jaw. The defendant recommended that the plaintiff undergo a biopsy to determine whether the lesion was cancerous and also ordered a CT scan without contrast.  The CT scan was performed a couple months after the initial visit.  The radiologist reported that the CT film study was “sub-optimal due to lack of iv contrast” and recommended an MRI with iv contrast.  However, the defendant claimed that the MRI would be of no benefit and scheduled the plaintiff for removal of the lower wisdom tooth and an incisional biopsy (taking a sample of the lesion to send for lab testing) without additional diagnostics.

Plaintiff and defendant present their case
Colella argued that the defendant breached oral surgery standards of care in the multiple ways:

Defendant counsel claimed the oral surgeon did not breach the standards of care. He claimed that an MRI with contrast was not warranted nor the delineation of the mass from a vascular lesion. He further claimed that an AVM of the ramus was so rare (comparing it to a “unicorn”) that it should not be considered as part of a differential diagnosis.

Outcome
The jury delivered their verdict in one hour and 15 minutes and never requested a copy of the trial exhibits. Colella asked the jury for $2.63 million, and the jury awarded more than was asked – $2.75 million. The verdict amount is the largest in Macomb County thus far in 2022. The win for Moss & Colella’s client comes as the firm celebrates its 25th anniversary year in 2022.

“This was a ‘no offer’ case where the oral surgeon, in his smugness, refused to negotiate any type of settlement; rather, he insisted on a court battle that ultimately brought his negligence to light,” Colella said. “The award is representative of how aggressively we have worked on behalf of all of our clients throughout the firm’s history.”

Moss & Colella attorney Melanie Duda served as co-counsel with Colella on the case.

About Moss & Colella
Celebrating 25 years in 2022, Moss & Colella represents the victims of personal injury, civil rights violations, discrimination, medical malpractice and wrongful death.  The firm is recognized as a leader in complex tort litigation, including excess and deadly force, jail death, sexual abuse and harassment, auto and truck accidents, motorcycle accidents and other severe injury and wrongful death claims. To learn more about the firm and its diverse areas of practice, visit www.mosscolella.com.