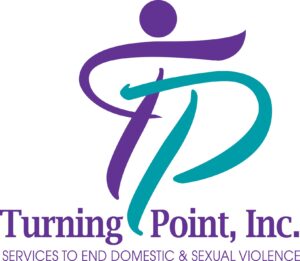 Mount Clemens, Mich.—June 3, 2022—With an early retirement for himself and his wife, and his grown son and daughter out of the house, former math teacher Dave Herrington of Mount Clemens, Michigan, expected a long, relaxing life of travel ahead. But those plans were cut short when his daughter, Lara, was brutally murdered in 2011 by her husband, leaving three traumatized and orphaned grandchildren, aged five to 10, to be raised. Back in parenting mode, Herrington also gained another new mission in life: educate the public on the impact domestic violence has not only on victims and survivors, but extended families, too, in an effort to avoid the tragedy his family has experienced.

An active speaker to service agencies, community groups, law enforcement and court personnel, Herrington, 78, traces his outreach roots to a request from Turning Point, an agency providing services to empower survivors of domestic and sexual violence, seeking survivors of domestic violence to serve as members of Turning Point’s Survivor Speaker’s Bureau. Participating in his first training session, he was asked to write down his story – the first time he’d captured and reflected on all of the details in writing.

“I never thought I would be a victim of domestic violence – yet, here my wife and I were with three young children to raise as a direct result of violence that recurred within a once loving family,” Herrington said. “After I wrote out my story, I realized I had a different angle on domestic violence and wanted to use my experience to help the community avoid or heal from its traumatic effects.”

Herrington always presents his remarks off the cuff, so he never tells the story in exactly the same way. Serving as the keynote speaker for the first time at Turning Point’s annual April 2022 gala fundraiser – with an audience of 600 at rapt attention – he told of how Lara’s once happy marriage disintegrated as her career as an attorney and military veteran flourished. On the evening of December 6, 2011, he received a frantic call from his grandson, Logan, who had barricaded himself and his two younger sisters in the bathroom as his mother attempted to wrestle a knife away from her enraged husband. With lacerations on her hands, she ultimately made her way to her children in the bathroom, but her husband shot through the door with a shotgun, injuring Logan, who recovered, and killing Lara, before ultimately turning the gun on himself with the children in plain sight.

It’s not an easy story to tell or to hear, but Turning Point CEO Sharman Davenport, Ph.D., said Herrington’s perspective is critical to the organization’s message of the damage that domestic violence leaves in its wake.

“On average there are 44 reported domestic violence murders in Michigan – that’s one every eight days,” Davenport said. “Left to mourn and pick up the pieces are children of all ages, as well as siblings, parents, friends and the community at large. We simply must stop the incidents and threat of domestic violence; Dave Herrington is courageously helping us do that every time he shares Lara’s story.”

Now in high school and college, the kids are thriving thanks to the loving support of their grandparents. Herrington’s days are filled with the schedule of a much younger man, with regular soccer games and practices for his youngest granddaughter, Natalia, and keeping in close contact with Logan, who will be entering his senior year at Oakland University and Larissa, who will be a sophomore at Spring Arbor University. This Father’s Day the whole family will be together to celebrate.

“On Father’s Day this year and every year since Lara’s death, I think about how our lives changed dramatically, going from grandparents to both parent and grandparent,” Herrington said. “We made it through the teen years on the first round with our own kids, but little did we know it was just a training exercise for raising our grandkids. They’ve turned out beautifully and we feel blessed that we have been able to give them a safe and happy home.”